“Modern art tends toward the elimination of photographic realism and should be as pure an art as music… its medium, colour, is as elemental as sound and when properly presented is as capable of engendering aesthetic emotion as is music.” ~ Alexandra Luke 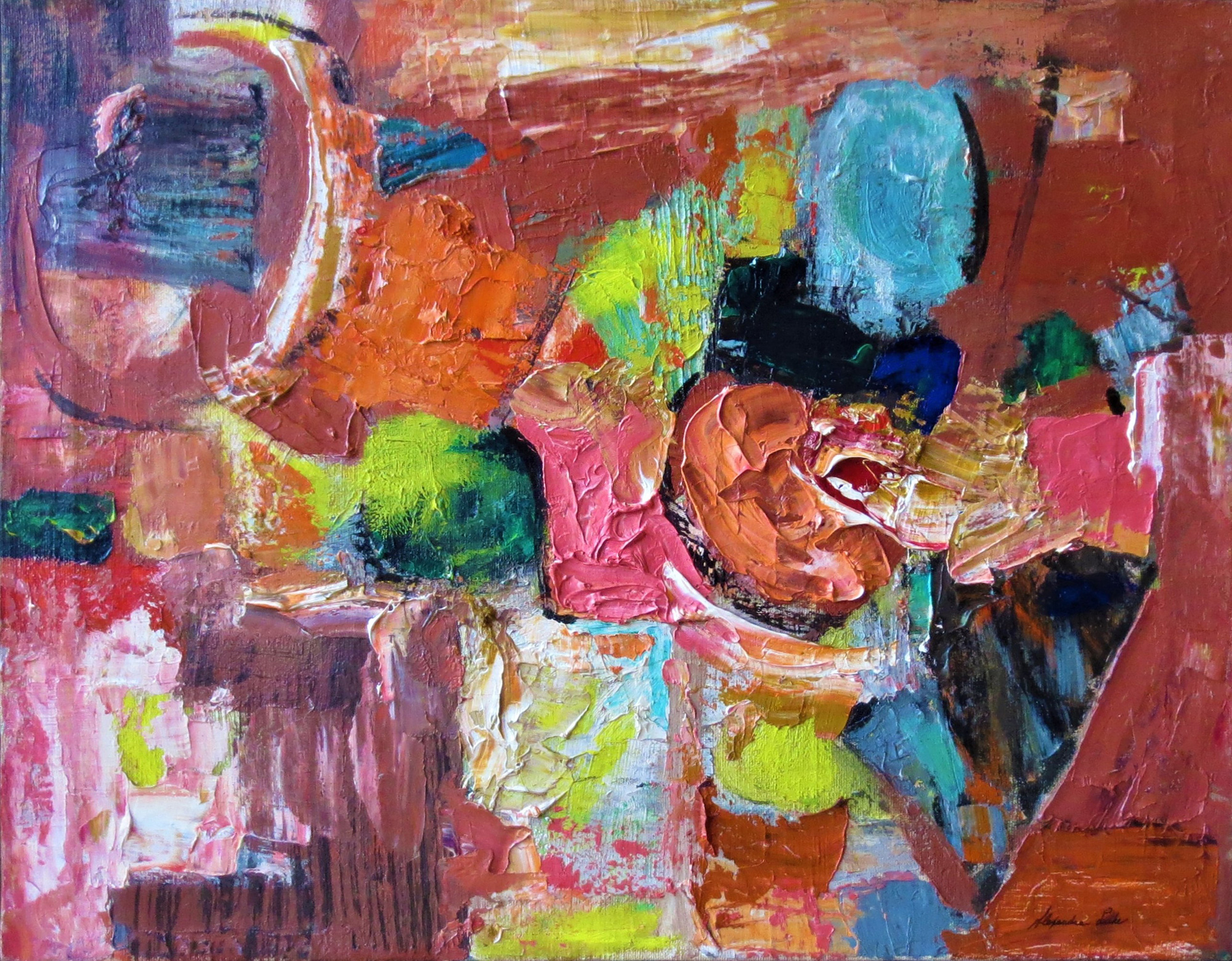 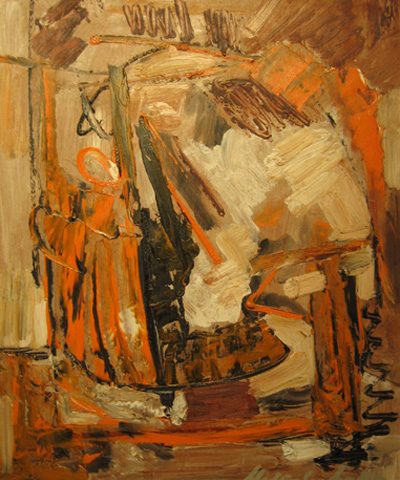 Alexandra Luke was born in Montreal in 1901. The Lukes were an established Oshawa family who moved to Montreal in 1900 and returned to Oshawa in 1914. As early as 1933 Alexandra Luke wrote to the local Oshawa newspaper in defense of modern art “Modern art tends toward the elimination of photographic realism and should be as pure an art as music..its medium, colour, is as elemental as sound and when properly presented is as capable of engendering aesthetic emotion as is music”.

Alexandra Luke’s early works had a realistic sensibility, however, her early paintings were meant to interpret nature. In 1945 Luke enrolled in the Banff School of Fine Arts under the instruction of A.Y Jackson. Her most significant encounter at the Banff school was with Jock Macdonald, it was through Jock Macdonald that she was initially drawn to abstraction. Luke wrote from Jock Macdonald’s talks at the school that “Macdonald relates today’s architecture, science, physics and art expressions to the problems of space-time”. Luke’s notes from that first summer in Banff also make reference to Kandinsky, Surrrealism, E.E Cummings and Gertrude Stein. Alexandra Luke studied under Hans Hofmann from 1947-1952 at the Banff School of Fine Arts. Hofmann’s teaching and insights were priceless to Luke, and his friendship and support were considered vital to her training.

Alexandra Luke’s work was included in the New York Show of Canadian Women Artists of 1947. In the early 1950’s Luke exhibited in some of the principal group shows in Canada, such as the Canadian Group of Painters and the Picture Loan Society, Toronto. Alexandra Luke organized the first Canadian all-abstract show titled the Canadian Abstract Exhibition in 1952. This show travelled across Canada and contained nine of the eleven future artists of the historically noted “Painters Eleven” group. Only Kazuo Nakamura and Walter Yarwood were absent from this early abstract exhibition. The “Painters Eleven” evolved in part from this first 1952 abstract show that Alexandra Luke organized, as well as the 1953 Simpson’s Abstracts at Home Show. The first official meeting of the “Painters Eleven” took place at Alexandra Luke’s cottage studio in Oshawa/Whitby. In 1953 Alexandra Luke went on to exhibit with “Painters Eleven” for the next seven years, until the group disbanded in 1960. She was one of only two female artists, the other being “Hortense Gordon”, to be part of this historically significant group of abstract painters in Canada. When the group disbanded Alexandra Luke continued to have success with her art. Public and commercial galleries across the country continued to host solo and group exhibitions that included Luke’s work until her passing in 1967 . Alexandra Luke has been recognized as playing a significant role in the evolution of “Painters Eleven” and abstract art in Canada.

Contact us to buy, sell or appraise artwork by Alexandra Luke.