enquire about this work 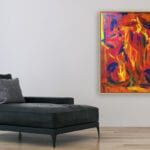 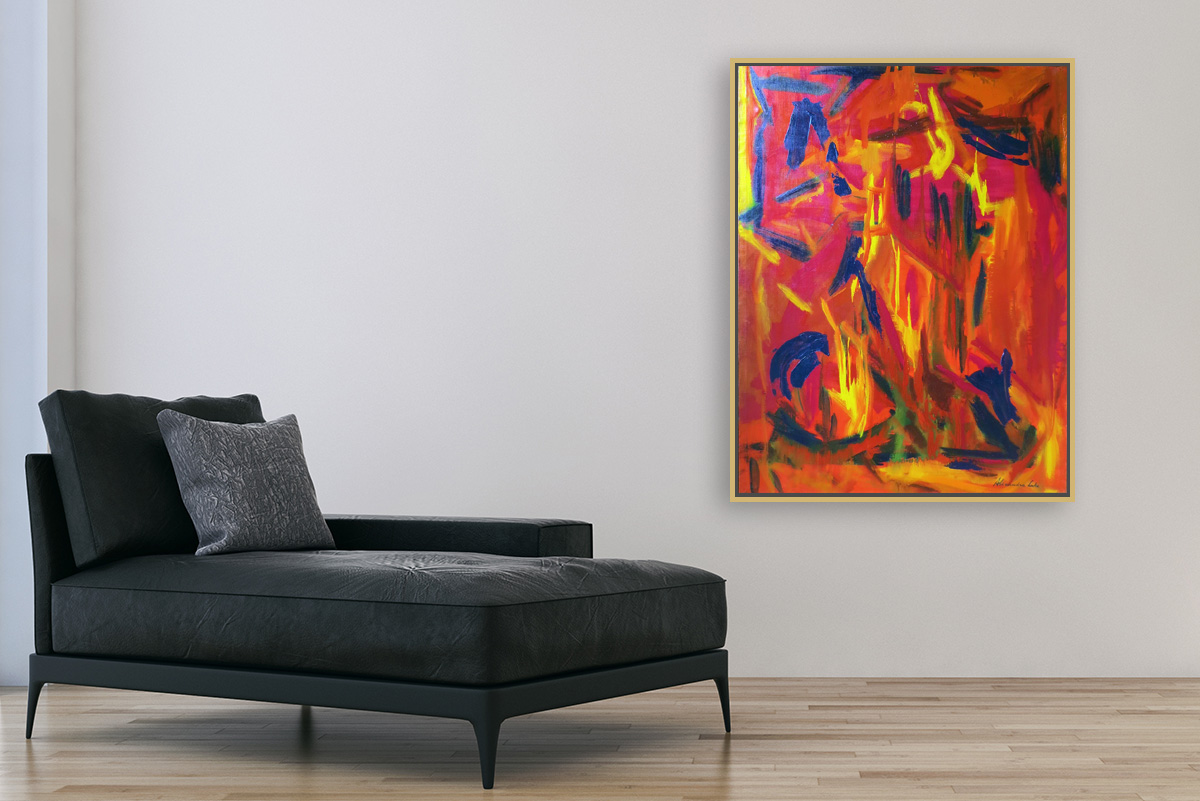 Clement Greenberg had spoken kindly to Alexandra Luke in June 1957 and told her to be free, be herself. She had taken his words to heart. In making paintings such as Autumn, she thought of her own way of doing things. It involved spontaneity, the use of colour intervals, and a way of conveying form using shifting planes moving in space. Colour for her was a way of organizing volume. She had studied several times with Hans Hofmann from 1947 to 1952, and in time, they became friends.

Hofmann’s theories formed the underpinning of her art as did Jock Macdonald’s lessons about using the unconscious – without thought, which she began to use in small studies in 1948 and was trying to work into her larger paintings.

One more thing may have infuenced her thinking in 1959, her membership in the G.I. Gurdjief Study group. Along with the group, she had read and was pondering the mystical writings of P.D. Ouspensky. She has used these lessons well to discover a rich evocative power in painting the physical world around her, but for her the physical world was a springboard, not a wall. “We are all asleep…how many of us look carefully and enjoy the beauty around us…we don’t see any more,” she told students. In this painting, we can see her looking, observing, thinking, reaching out to seek the miraculous in the everyday, as she had been told to do in Ouspensky and achieved in Autumn.

We extend our thanks to Joan Murray, Canadian art historian and former curator of Canadian art at the AGO, for contributing the preceding essay.
﻿

“Modern art tends toward the elimination of photographic realism and should be as pure an art as music… its medium, colour, is as elemental as sound and when properly presented is as capable of engendering aesthetic emotion as is music.” ~ Alexandra Luke