“I consider myself to be a true work of pop art.” ~ William Ronald 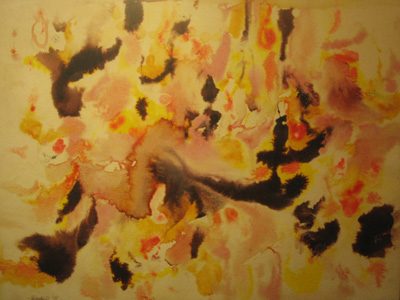 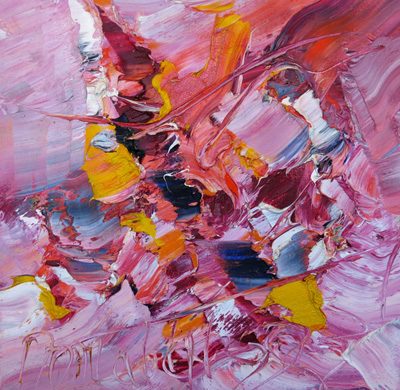 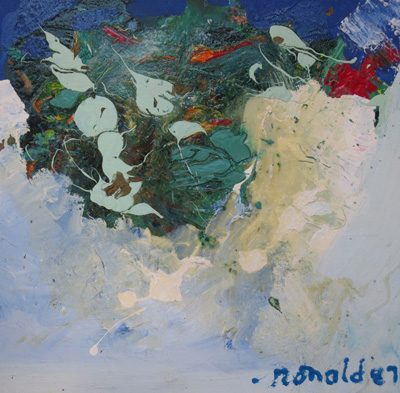 William Ronald  was born in Stratford, Ontario. Ronald has been considered one of the most important Canadian abstract artists of the twentieth century. He is best known as the founder of Painters Eleven in 1953, an abstract art group in southern Ontario who forever influenced the way Canadian artists and society perceived art.

William Ronald graduated from the Ontario College of Art in 1951 and started working as a display artist at the Robert Simpson Company in Toronto. In 1951, Ronald left for New York City to study with famous American artist, Hans Hofmann. While in New York Ronald was taking in all that he could of the abstract expressionist movement. Ronald returned to Toronto and Simpson’s Company for work.

With all the new found enthusiasm he brought back with him from New York he had convinced the Simpson store to do a show entitled “Abstracts At Home”. He began to look for artists that not only shared his passion for abstraction, but also who had strong individual qualities of their own. The seven artists who showed at the “Abstracts At Home” exhibition in 1953 were Ronald, Jack Bush, Oscar Cahen, Tom Hodgson, Alexandra Luke, Ray Mead, Kazuo Nakamura. There ages, social backgrounds, painting styles, and lifestyles were all equally diverse. The exhibition did not attract the media or mainstream art enthusiasts, however, writers have considered the exhibition a historical moment for abstraction in Canada. In Nov. 1953, the name Painters Eleven was created by Harold Barling Town. Town and Walter Yarwood were invited into the group by Oscar Cahen. Ray Mead had invited Hortense Gordon from Hamilton and Jock Macdonald into the group.*

William Ronald left Toronto for New York in 1955 as a result of his resentment towards Toronto’s conservative, representational approach to art. Ronald resigned from Painters Eleven in Aug. 17, 1957. He met Robert Hale, the first curator of the Metropolitan Museum of Modern Art in New York. Hale was instrumental in helping Ronald establish himself in the arts community of New York in the 50’s. In 1956, Ronald met Sam Kootz, an important Manhattan art dealer. Sam Kootz represented significant artists such as William de Kooning, Hans Hofmann, Robert Motherwell, Jackson Pollack, Mark Rothko, Adolph Gotlieb, Arshile Gorky, and even Picasso. Sam Kootz liked Ronald’s work and included him in his stable of artists. One of Ronald’s paintings “In Dawn the Heart” won an international competition sponsored by the Guggenheim foundation for the best Canadian painting. In 1958, his work was shown at the Brussel’s World Fair. In 1959, his work was exhibited at the San Paolo Biennale in the Canadian section. In 1960 his career was secure. He was one of sixty painters in a traveling exhibition organized by the Douglass College, Rutgers University, with his work on the cover of the catalogue. His career with the Kootz Gallery dissolved in 1963. It remains a mystery for why this dealer-artist relationship went sour.*

Ronald returned to Toronto and took a job as a broadcaster for the CBC-TV and radio. He hosted the show “As It Happens” for three years. Ronald never stopped painting. He completed a large mural for the National Art Center in Ottawa in 1968. Ronald also had many solo exhibitions with the Dresdnere Gallery, Mirvish Gallery, Jerold Morris Gallery, and Quan Gallery, in Toronto. As well, he had many museum exhibitions during his latter period of painting. In 1984, he exhibited a body of work called the Prime Ministers of Canada. The Art Gallery of Ontario sponsored the show and exhibited the work with Pierre Elliot Trudeau opening the show. The show toured to museums across Canada. He continued to do gallery shows some of which we’re held at the Christopher Cutts Gallery, in Toronto.* He died in Barrie, Ontario, 1998 of a heart attack.*

Contact us to buy, sell or appraise artwork by William Ronald.