“Tanabe’s imagery is a history of transience; times of day, the elements, the seasons, penumbras and light.” ~ Nancy Tousley, Vancouver Art Gallery, 2005 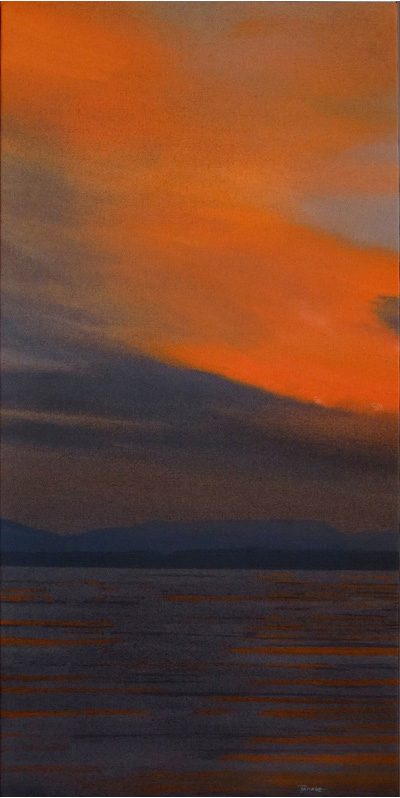 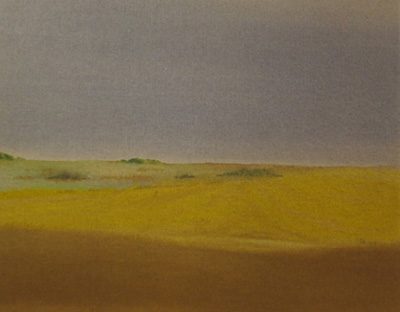 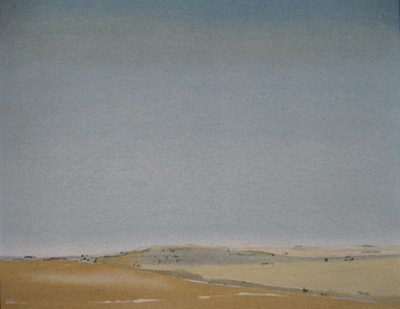 Takao Tanabe  was born in 1926 in Prince Rupert, British Columbia. He moved to Vancouver at the age of 11. Tanabe was part of the forced resettlement of Japanese Canadians that took place during the Second World War. Despite these difficult years, Tanabe went on to achieve great success as an artist.

Takao Tanabe was recognized as one of the most talented abstract painters in British Columbia from the early 50’s in to the 60’s. By the early 1960’s he had represented Canada in a number of international exhibitions, including the Bienal de Sao Paolo in 1953 and 1957. His works were included in several Canadian biennials at the National Gallery of Canada.

Later in his career Tanabe became known as one of the most important landscape painters in Canada, particularly his honest and dramatic depictions of the west coast landscape. Tanabe comments about his west coast landscapes “the west coast has its bright, clear days where all is revealed, but I favour the grey mists, the rain obscured islands and the clouds that hide the details. However much we desire order and clarity in all the details of our lives, there are always unexpected events that could cloud and change our course. Life is ragged. The coast is like that, just enough detail to make it interesting but not so clear as to be banal or overwhelming.”

Takao Tanabe’s work has been exhibited in public institutions and commercial galleries right across the country. His achievements have been recognized by honours such as the Order of British Columbia and the Order of Canada. In 2005 a major travelling retrospective of Tanabe’s work was held at the Art Gallery of Greater Victoria, Vancouver Art Gallery(2006), and the McMichael Art Gallery in 2007. Tanabe continues to live and work in British Columbia.

Contact us to buy, sell or appraise artwork by Takao Tanabe.