“Preoccupied with one theme, the human condition. Etrog’s concern is with the fundamental aspects of existence.” ~ William Withrow, Art Gallery of Ontario, 2013 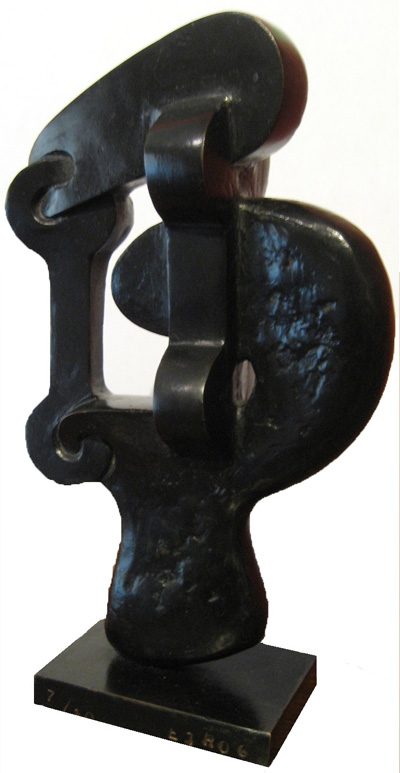 Sorel Etrog is one of Canada’s most significant contemporary sculptors. Etrog’s ability to consistently create beautiful and provoking bodies of works throughout his career has placed him at the forefront of Canadian sculptors. He was born in Jassy, Romania. In 1950 he emigrated to Israel and studied drawing, painting, sculpture, graphics, and theatre set design at Tel Aviv Art Institute. Sorel Etrog had his first group exhibition in 1956 with the Israel Painters and Sculptor’s Association in Tel Aviv. In 1958 he won a scholarship to study at the Brooklyn Museum Art School. In 1959 while in New York Etrog met well known Toronto art collector Sam Zacks who became a patron to the artist. Mr. Zacks offered Etrog a studio in his plywood factory in Southampton, Ontario for the summer.

Sorel Etrog had his first Canadian solo exhibition at Gallery Moos in Toronto, 1959. In the same year the Guggenheim Museum in New York selected an Etrog sculpture for the museums collection. In 1963 he decided to close his New York studio after commuting back and forth from New York to Toronto. He decided to settle in Toronto. In 1966 he became a Canadian citizen and represented Canada at the Venice Biennale along side Alex Colville and Yves Gaucher.

In 1968 Sorel Etrog designed the Canadian film award, the “Etrog”, renamed the “Genie” in 1980. In 1969 Etrog collaborated on projects with playwrights Eugene Ionesco and Samuel Beckett. In 1976 he worked closely with Marshall McLuhan on the publication, Spiral, and other related projects. In 1979 he represented Canada at the Art Expo in Bari, Italy. Sorel Etrog has been commissioned by governments and institutions across the world to create important public sculpture. In 1995 Etrog was named a member of the Order of Canada. In 1996 he was appointed Chevalier dans l’Ordre des Arts and des Lettres by France.

Sorel Etrog has described his art as “tension created by pulling together and pulling apart, with being stuck and being freed, a world of grabbing and holding on and losing hold…bringing shapes together but at the same time giving each an independence”.

Sorel Etrog has had solo exhibitions in important public and commercial galleries across North America and Europe. His works can be found in major public and private collections in North America, Europe, Asia, and Israel.

Contact us to buy, sell or appraise artwork by Sorel Etrog.