The Fabulous World of Whites,
A Portrait of the Artist and
An Online Exhibition and Sale of Seven Important Paintings,
April 2 – 30, 2021. 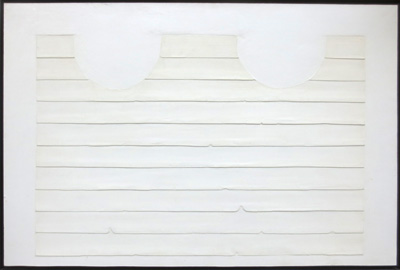 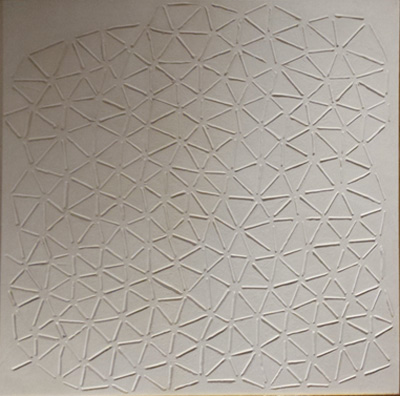 Ronald Langley Bloore was born in Brampton, Ontario in 1925. He studied art and archaeology at the University of Toronto, receiving his Bachelor of Arts in 1949. He went on to study art history and archaeology at the Institute of Fine Arts, New York University, New York. He completed a Masters of Arts in 1953 at Washington University, St. Louis, Missouri. Bloore also studied at the Courtauld Institute, University of London, England.

Ron Bloore has had a long impressive teaching career at universities across Canada, United States, and Europe. He acted as an instructor of art and archaeology at Washington University, St. Louis from 1951-1954. He was an art master at Brixton Day College, London, England from 1956-1957. Bloore went on to teach art and archaeology at the University of Toronto in 1957-1958.

In 1958 Ron Bloore was appointed director of the Norman Mackenzie Art Gallery in Regina, Saskatchewan, and had also taught art and archaeology at the University of Saskatchewan, Regina College. An advanced art scene had already begun to take place in Regina largely as a result of the Emma Lake Workshops. These workshops were spearheaded by Kenneth Lochhead in 1955. Kenneth Lochhead was director of the art school at Regina College. The purpose of the workshops was to give serious artists an opportunity to study under the leadership of a major figure.

Ron Bloore organized a historical exhibition in 1960 at the Norman Mackenzie Art Gallery, Regina. The exhibition focused on five Regina painters, Kenneth Lochhead, Doug Morton, Art McKay, Ted Godwin, and himself and Clifford Wiens an architect. This exhibition was circulated by the National Gallery of Canada as “Five Painters of Regina”. It brought these artists works to national attention. This group of artists became known as the “Regina Five.”

Ron Bloore’s longest teaching position was held as professor in the Division of Humanities, Faculty of Arts and Fine Arts, at York University in Toronto. He began this position in 1966 and continued teaching up until 1990.

Ron Bloore’s work was certainly different than the work produced by other Canadian abstract artists of the late 50’s, 60’s and 70’s in Canada. His works were unique from his peers on both an aesthetic and theoretical level.

“Bloore set rigorous parameters within which to work: a surely constructed abstraction limited in colour – white, blue, red, but above all, white and using with it a simple range of geometric forms. Many of his paintings comprise only linear forms; others include stars, circles, arches, or triangles, forms he has described as “symbol-like elements,” not because he proposes specific meaning by them but because they are forms deeply embedded in the history of art. In structural terms, he has been greatly influenced by architectural forms, particularly those of ancient civilizations, whose currency has never been devalued.” (Masterpieces of Canadian Art From the National Gallery of Canada, David Burnett, pg. 162.)

Ron Bloore has travelled and studied extensively in other countries and cultures throughout the world. In 1962-1963 he studied and painted in Greece, Turkey, Egypt, Spain, and France. In 1966 he travelled in Iceland, Norway, Sweden, and Denmark. In 1973-1974 he travelled in Greece, Turkey, Iran and Spain. Other travels include Italy, Portugal, Holland, Germany, Mexico, South America, Alaska and the Arctic.

Ron Bloore has won numerous awards for his educational and artistic achievements throughout his life. One of the more prestigious awards granted to Bloore was election in to the Order of Canada in 1993. Bloore also won the Centennial medal in 1967. In 2007 he was made a fellow of the Royal Society of Canada.

Ron Bloore’s work has been the subject of numerous public solo exhibitions across the country since the early 1960’s. Since the late 1950’s his works have been included in a number of group exhibitions held in public institutions and commercial galleries across the country. Ronald Bloore passed away in Toronto on September 4, 2009.

Contact us to buy, sell or appraise artwork by Ronald Langley Bloore