enquire about this work 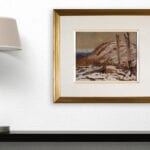 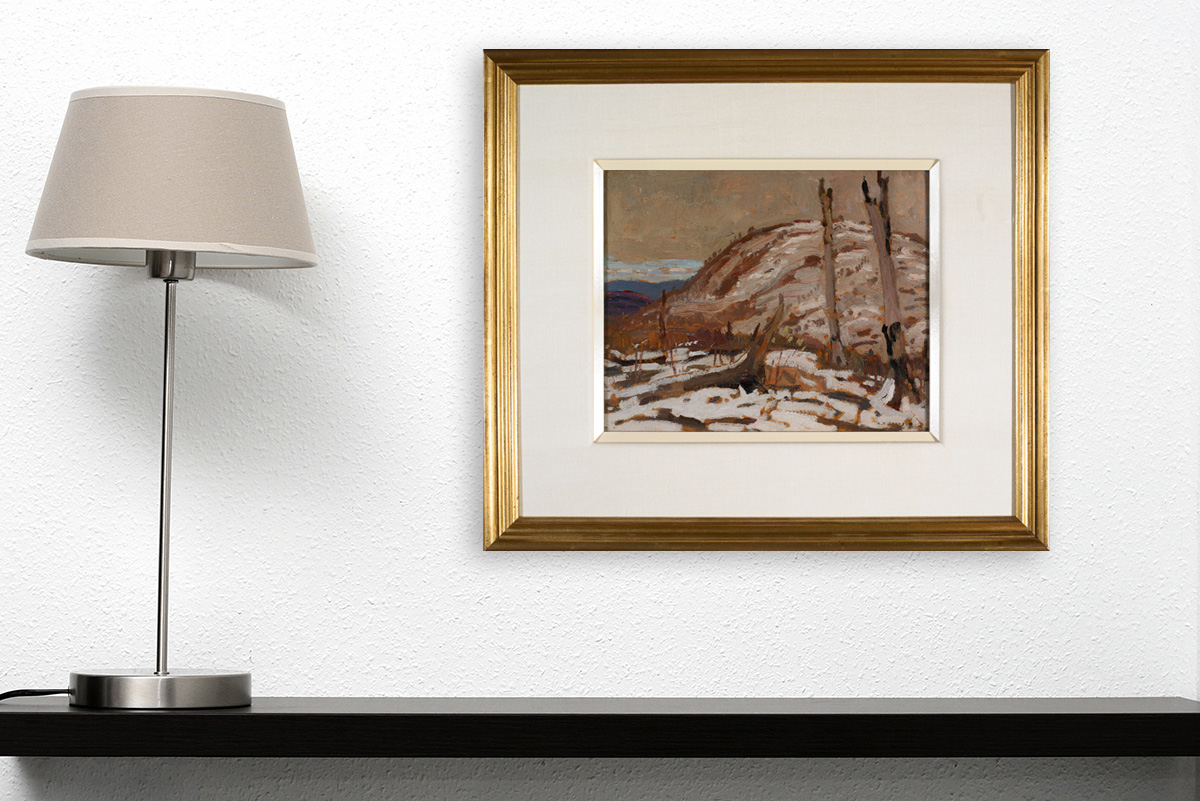 Note: Dr. James M. MacCullum, (1860 – 1943) was a Canadian ophthalmologist and one of the most important patrons to the Group of Seven. In 1911 Dr. MacCullum had built a cottage on an Island on Go Home Bay in Georgian Bay, personally naming it West Wind Island. MacCullum met the renowned Canadian artist Lawren Harris nearby as Harris was staying with friend Dr. David Gibb Wishart, who was also a doctor at the University of Toronto. Dr. James M. MacCullum soon met many of Harris’ artist friends purchasing works from them and inviting them to stay at his cottage in order to have easy access to Georgian Bay. Several Group of Seven members accepted Dr. MacCullum’s generous offer to stay at MacCullum’s cottage on occasion, resulting in a number of major works produced at Go Home Bay, by artists, Tom Thomson, J.E.H. Macdonald, Arthur Lismer and A.Y. Jackson.

Dr. MacCullum had financially sponsored both A.Y. Jackson(1914) and Tom Thomson for a year. Dr. MacCullum had also financed and paid for a quarter of the construction costs of the historic Studio Building in Toronto situated in Rosedale Valley on Severn St. The Studio Building was a permanent workspace for artists in Toronto. MacCullum became close friends with the Group of Seven artists. He was frequently visiting his artist friends at the Studio Building, as well as accompanying Group of Seven members on expeditions north, such as important trips to the Algoma region. Dr. James MacCullum died in 1943 leaving his large art collection to the National Gallery of Canada.

This rare and exceptional period work, Coldwell, Lake Superior, 1925, by A.Y Jackson was painted in the same year that Jackson travelled with Lawren Harris to Lake Superior to experience and paint the rugged remote landscape of the Northern Shore. As Jackson comments “Superior was very remote with a special light and the clouds were special.” Paul Duval, a renowned Canadian art historian and personal friend to the group of seven artists, describes Lake Superior Country “Here was a land almost barren, an unremitting wilderness of rocky hills, defoliated trees and a vast expanse of water, a challenging theme for any painter. 1

One can see a striking parallel between this terrific 1925 Coldwell, Lake Superior painting by Jackson and Lawren Harris’ painting titled Lake Superior Country, 1925, painted the same year. These two friends and renowned Canadian artists were likely side by side sketching this remote landscape. As Paul Duval notes “from a few bare tree trunks, rock bed and endless, unimpeded stretches of water and sky, these painters found the source for their timeless visions in paint.”

In Coldwell, Lake Superior, 1925, A.Y. Jackson is remarkably successful in conveying his deft impression of the first snowfall of winter and his profound experience of the cold remote northern landscape of Lake Superior. As A.Y. Jackson notes about the region of Lake Superior “I know of no more impressive scenery in Canada for the landscape painter. There is a sublime order to it, the long curves of the beaches, the sweeping ranges of hills, and headlands that push out into the lake. Inland there are intimate little lakes, stretches of muskeg, outcrops of rock: there is little soil for agriculture. In the autumn the whole country glows with colour; the huckleberry and the pink cherry turn crimson, the mountain ash is loaded with red berries, the poplar and the birch turn yellow and the tamarac greenish gold”2

“Lake Superior, I know of no more impressive scenery in Canada for the landscape painter. There is a sublime order to it, the long curves of the beaches, the sweeping ranges of hills, and headlands that push out into the lake.” ~ A.Y. Jackson, The Painters Country