“Fitzgerald’s paintings create an escape to something serene, romantic, and beautiful. These are qualities that man has always searched for and found in nature and his need for them is probably that much greater now.” 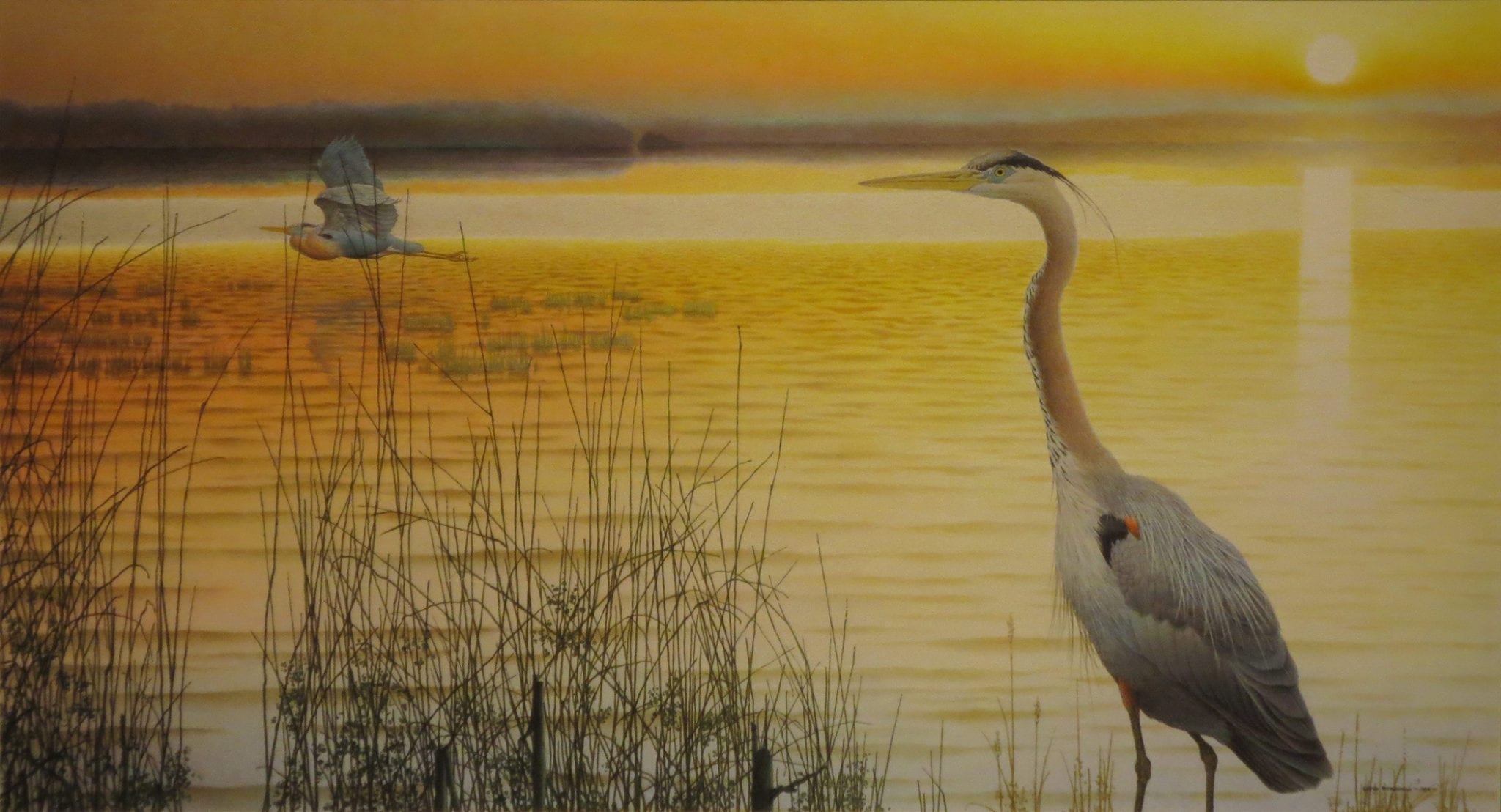 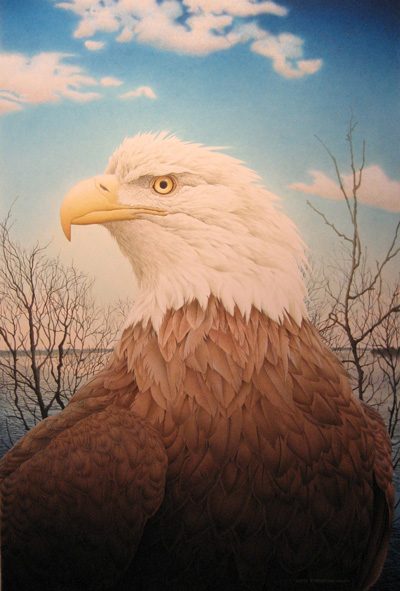 Lloyd Fitzgerald, 1997, The Eagles Domain
acrylic on illustration board, 24 in x 15.5 in,
signed and dated.
SOLD 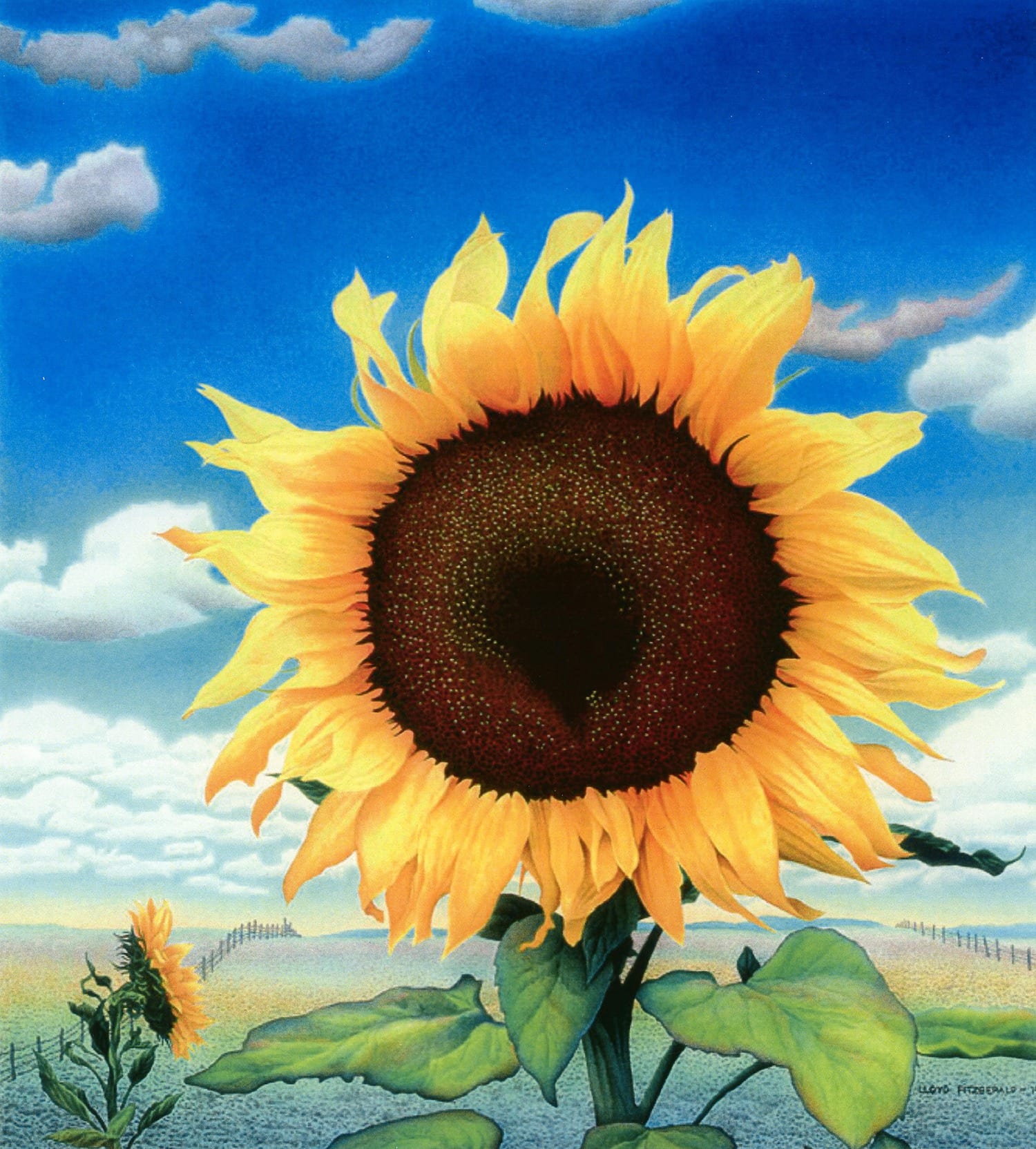 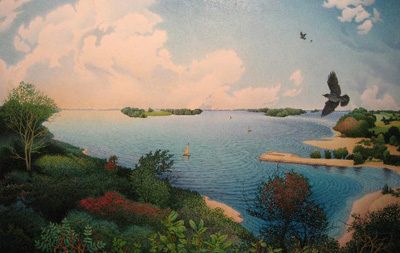 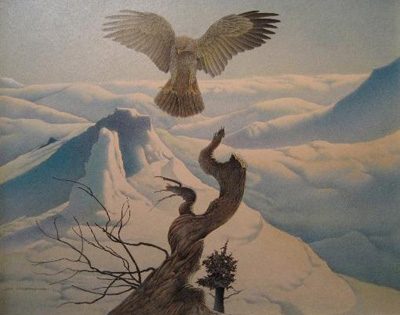 Lloyd Fitzgerald was born in 1941 in Newcastle, New Brunswick. Fitzgerald worked as a commercial artist in the United States and served in the U.S army. After his return to Canada in 1966, he was hired by the federal Department of Forestry where he was surrounded by nature. His work has been directly influenced by nature and his environment.

Early in his career with Dominion Gallery, Lloyd Fitzgerald shared two exhibitions in Switzerland with the late Henry Moore. He is represented in many public and private collections in the United States, the U.K, Ireland, the Netherlands, Germany, and Asia. He successfully exhibited at the Dominion Gallery in Montreal for almost thirty years.

His paintings have been reproduced in many publications and fine art prints, including the British Columbia Wildlife Review, Outdoors, Atlantic Advocate, the reports of the Ministry of Forestry, Halifax, Department of Natural Resources, Fredericton, Reader’s Digest, Montreal, the American Natural History Periodical and Duck’s Unlimited. Also, in the Canadian display at Science East in Fredericton. Lloyd Fitzgerald continues to live and work in New Brunswick.

Contact us to buy, sell or appraise artwork by Lloyd Fitzgerald.