“Art for Meredith has always been a total commitment, independent of style or fashion, and in the panorama of contemporary Canadian art, his work is unique.” ~ Marie Fleming, Art Gallery of Ontario, 1974 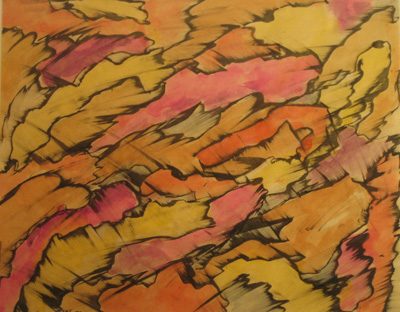 John Meredith was born in Fergus, Ontario, in 1933. Av Isaacs, who represented Meredith for over thirty years, noted that, “Meredith produced brilliant paintings that just popped with vitality. His colour sense was quite unique. His works on paper, both colour and black and white, were just as important. Meredith created lines that had an electric quality to them.” Meredith’s most noted works are colourful, large format paintings with recurring motifs and linear patterning.

John Meredith was the brother to celebrated artist William Ronald. John Meredith studied at the Ontario College of Art from 1950 to 1953, and had his first solo exhibition at the Gallery of Contemporary Art, Toronto in 1958. Av Isaacs of the Isaacs Gallery in Toronto represented John Meredith from 1960 until Isaacs Gallery closed in 1991.

Contact us to buy, sell or appraise artwork by John Meredith.